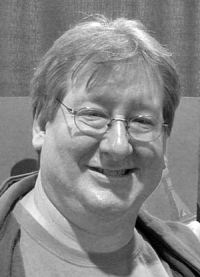 Although he has produced art based on such characters as Indiana Jones, Batman, and Superman, he became most well-known for his Star Wars artwork. The Star Wars Art of Dave Dorman was published in 1996 by Random House/FPG. Dorman won a poll of the readers of The Official Best of Star Wars magazine in 1998, as «Best Star Wars Artist».

Dorman won an Eisner Award in 1993 for his paintings in the book Aliens: Tribes. In 2010 he won the prestigious Inkpot Award at San Diego Comic-Con, where he was a featured guest that year. During that show, he also launched his new career retrospective book, ROLLING THUNDER: The Art of Dave Dorman, which is published by IDW Publishing and Desperado Publishing.

Dorman began his roleplaying game (RPG) work beginning with Pacesetter Ltd in 1985, and began freelancing for TSR in 1987, producing cover art for Dungeons & Dragons books as Gargoyle and the original Draconomicon, among others. Dorman also did artwork for the games Shadowrun (FASA), Torg (West End Games, or WEG), Champions (Hero Games), Mayfair Games' «Role Aids», Rifts (Palladium Books), and Blood of Heroes. Dorman also produced all the art for some of WEG's Star Wars roleplaying game supplements in the 1990s.

Dorman is also renowned for his toy design work for G.I. Joe, Micronauts and the action figures for Alien. Dorman has been known for more than 20 years because of his photo-realistic style of oil painting. Star Wars creator George Lucas is a fan of Dorman's work and has purchased more than 80 of Dorman's original oil paintings, many of which are displayed at Skywalker Ranch. Dorman held a license with Lucasfilm for many years to do limited edition prints.