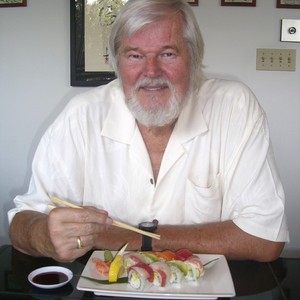 Jan Parker was born in 1941 in Southpark, Lancashire, England, to an English father and a Danish mother. His parents encouraged him to draw and visit the great art museums of London in hopes that the paintings of the Great Masters would inspire him to act on his inherited artistic ability. His great-great grandfather is credited with the creation of the four life-sized lions that stand guard in front of the Royal Danish Throne in Frederiksborg Castle in Denmark. Another relation, Axel Lassen, is a well-known Danish landscape painter.

Jan Parker was born in 1941 in Southport Lancashire England, to an English father and a Danish mother. Jan began to draw caricatures of his family at age 4. He later graduated from Willesden school of art, London. In the early 1960's Jan was a cartoonist on a Copenhagen newspaper in Denmark. He returned to London and joined artist partners. The American film director Stanley Kubric invited Jan to create drawings and paintings on the set of his famous movie « 2001 A Space Odyssey « and became a collector of Jan's paintings. In 1980 Jan moved to New York where he painted along the Hudson River. The artist moved to Hawaii in 1985, for the next 27 years Jan held art shows in Tokyo Japan and later in Korea and China. His work is collected in museums and institutions in Asia, America and Europe. Jan Parker has many private collectors the world over. Today Jan lives with his Japanese wife in Kona on the Island of Hawaii. Less

While studying at the Willesdan School of Art in London, he was introduced to the French Impressionists. He was greatly impressed by Monet, whose influence was to show in the future of Jan's painting. At that time, though, he was devoting more time to drawings and cartoons, since he was actually making a living by selling them to several European newspapers. This eventually led him to book illustration. Illustrating children's books gave him a chance to enter the world of children, a place that he found comforting as well as introspective.

He was commissioned to illustrate Alexander Solzhenizyn's book The First Circle as well as the world's first full color paperback book, Myths and Legends of Ancient Greece. Film director Stanley Kubrick asked Jan to record, through paintings and drawings, the production of his classic science fiction movie «2001 A Space Odyssey». In 1975, Jan was commissioned by the International Cultural Foundation to paint the Silver Jubilee portrait of Queen Elizabeth II.

In 1980, he moved to New York and decided to devote himself entirely to painting, concentrating solely on painting directly from nature. In 1982, his paintings were shown at the Horizon Gallery in New York. This led to successful shows in Houston and Dallas, Texas. In 1984, after his wrists were injured in an accident, it became painful for him to paint in the cold. Soon after, he, his wife and three children moved to the Hawaiian island of Kauai, where they now reside.

His paintings have been exhibited locally, on the islands, and he is enjoying great success in Japan, where he has had solo exhibitions at Art DuMonde, in Ginza, Tokyo.